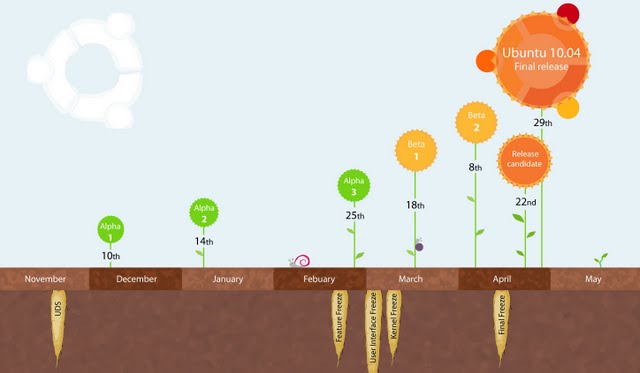 The release schedule for Ubuntu 10.04 has been confirmed.  The first beta is set to come out in March 2010 and the final release is to be released on 29th April 2010. Given below is the detailed release schedule. For the artistically inclined, the picture shown above sums up the entire timeline very nicely. 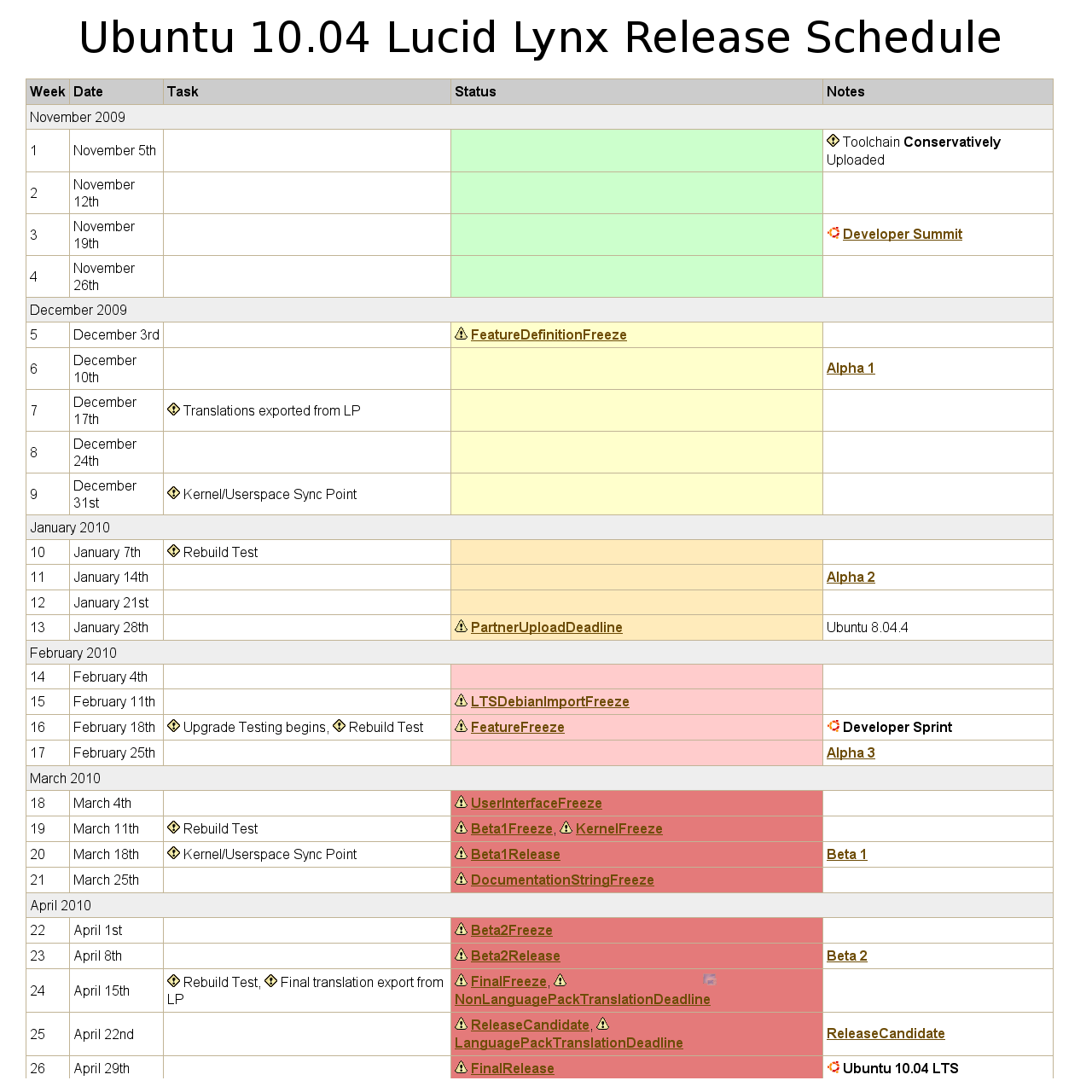