Ubuntu 11.10 To Switch From GDM To LightDM

Earlier, during the Natty development cycle we reported that LightDM is being considered as a replacement for GDM. That did not happen for Ubuntu 11.04, but today it has been confirmed at the Ubuntu Developer Summit at Budapest that LightDM is finally replacing GDM.

LightDM, just like GDM, is a log-in manager. It offers almost all the functionalities of GDM, but with a much simpler codebase. While GDM is about 50,000 lines of codes, LightDM has only about 5,000 lines of codes. The smaller codebase means that it is much simpler to maintain LightDM. Another advantage that LightDM enjoys over GDM is that it is much faster. LightDM does not require the GNOME session to run unlike GDM. This also makes LightDM deployable in Ubuntu, Kubuntu, Xubuntu, Lubuntu etc. And for those who like theming, it is much easier to make new themes for LightDM because of its WebKit frontend.

The switch to LightDM will happen early in the Oneiric development cycle to make sure that it goes through enough testing to eliminate bugs etc. Lubuntu is also said to be interested in adopting LightDM and we might see LightDM in Kubuntu as well. 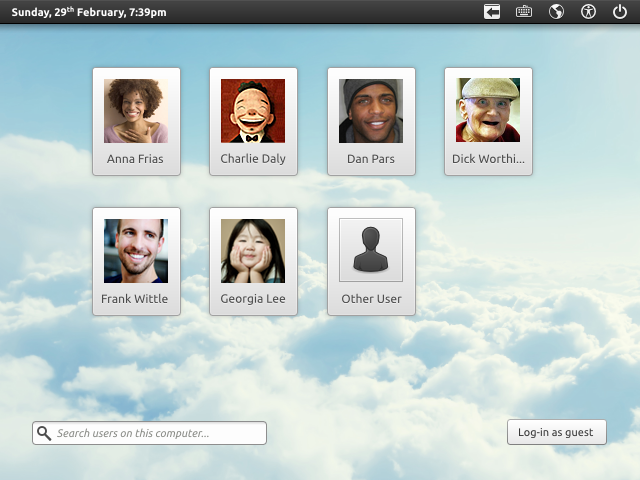 Mockup of a LightDM based Login Screen