Ubuntu Tweak is one of the most convenient applications for tweaking various aspects of your Ubuntu system. Yesterday, the people behind the project have released a new version of Ubuntu Tweak -Ubuntu Tweak 0.5.5.

Ubuntu Tweak 0.5.5 now comes integrated with PPA Purge. PPA Purge allows you to easily remove those extra PPA's you might have added. You might want to remove a PPA due to various reasons - the PPA maintainer might be pushing unstable releases etc. If a PPA has made your system unstable, you are only a few clicks away from fixing it from Ubuntu Tweak.

Addition of PPA Purge is not the only change in Ubuntu Tweak 0.5.5. With this release, support for Ubuntu 10.10 Maverick has also been added. It also support Lubuntu and the Netbook Edition now. There are also some bug fixes. 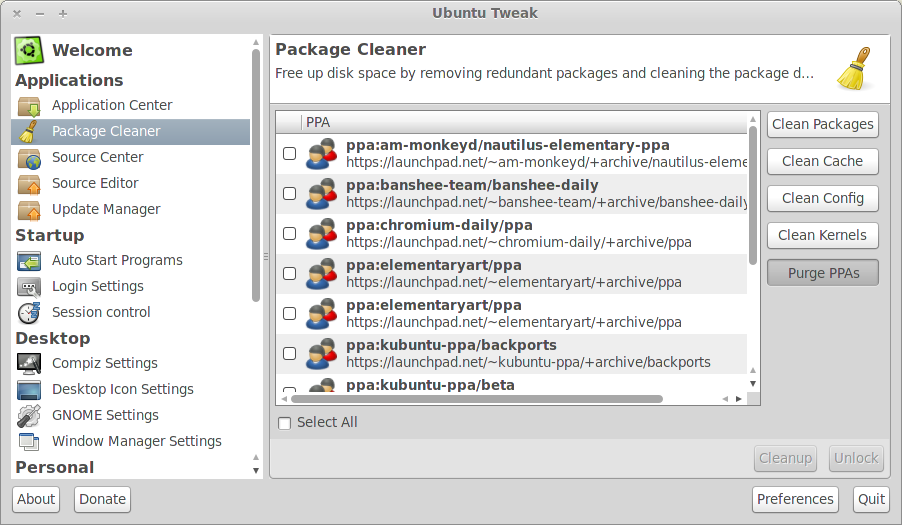 If you are already using the Ubuntu Tweak PPA, you should be able to update it with:

If you do have Ubuntu Tweak installed, this is how to install it:

After installation, you will find it under Applications -> System Tools -> Ubuntu Tweak.