This morning when I updated Ubuntu, I got a pleasant surprise in Ubuntu Tweak. They have added new reset buttons in Ubuntu Tweak so that you cal always return back to the default setting if you did something horrible while tweaking Ubuntu. 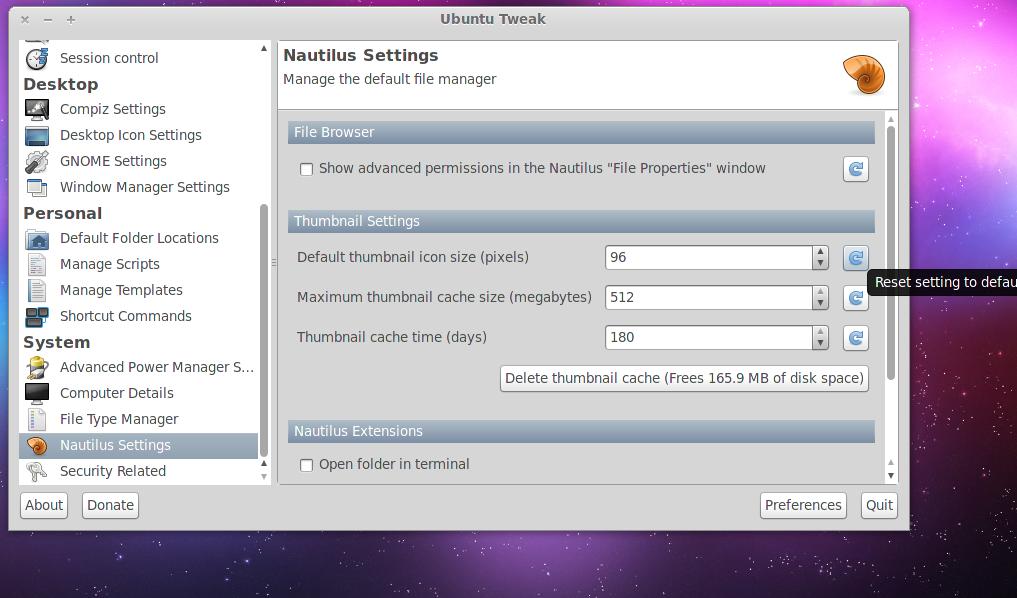 As you can see from the picture above, all you have to do to get back the default settings is to simply click the "reset" button. You can reset Nautilus, Compiz and gnome-panel through Ubuntu Tweak.

This feature has not yet landed in the stable builds of Ubuntu Tweak. But if you are willing to try out the unstable build with this new feature, you have to add the Ubuntu Tweak Testing PPA. To do this open the terminal and execute the following commands:

If you want a more hands-on method to resetting GNOME settings, here is how to do it.