The United States Claims Jurisdiction Of All .com And .net Websites 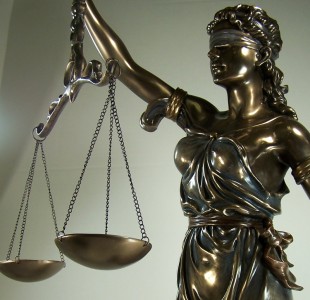 The internet is a huge place and with its spread, jurisdiction is often a very difficult and ambiguous tasks. Generally, it is believed that a country has jurisdiction if the server is located in the country or the person(s) concerned stays in the country. Well, there is a new twist now.

Take the case of 23 year old Richard O'Dwyer. He lives in the UK and is a citizen of the UK. He is also the owner of a website called TVShack.net, a website which streams TV shows and movies without proper license. Yes it is illegal no doubt and generally it will be dealt with by the British authorities or the country where the website is hosted.

But the United States' Immigration and Customs Enforcement agency (ICE) thinks otherwise. The ICE wants to extradite O'Dwyer to the US and try him there. Yes, the fact that he is a British citizen and his website was not even hosted in the US does not matter to the ICE. To the ICE all that matters is that he owns a website with a .net TLD. So, he is liable for persecution in the US.

If a website breaks some US law, the ICE wants to try the owner according to the US laws. To them, it does not matter if a website is hosted in the US or not, it does not even matter even if what the website owner is doing is legal in his country.

In an interview with The Guardian, Erik Bennet, the Assistant Deputy Director of the ICE, had this to say:

Without wishing to get into the particulars of any case, the general goal of law enforcement is to arrest and prosecute individuals who are committing crimes. That is our goal, our mission. The idea is to try to prosecute.

This move by the ICE sets a very bad precedent for net neutrality and freedom. If a foreign country I have never been to can try me for something which is illegal there but not in my country, it undermines the freedom of my country. It is ridiculous that the ICE even believe that everyone should follow their copyright laws.

A case somewhat similar, happened a while back. The ICE seized the domain of a Spanish website because it violates US copyright law. The website had been declared legal by Spanish courts twice in the past and its server is not even hosted in the US. That did not stop the ICE from applying US laws to a Spanish website. The website is now suing the ICE.

Recently, it was made clear that the US authorities can get access user data stored in servers even outside the US if the company is registered in the US. That coupled with this one is portraying the US as a very serious threat to everything that the internet stands for.

2. US claims all .com and .net websites are in its jurisdiction

The United States Claims Jurisdiction Of All .com And .net Websites was originally published on Digitizor.com on July 6, 2011 - 1:57 am (Indian Standard Time)