uTorrent 2.0 is now available for Windows. The latest version of the most popular torrent client for Windows has brought new features and improvements with it. The highlights of the latest version include UDP tracker support, improved uTP, Transfer Cap and major bug fixes.

The features in simpler terms - UDP tracker support will result in improved performance for both the tracker and user. Improved uTP along with Transfer Cap will ensure efficient bandwidth management by regulating your bandwidth usage and limiting the data transfer, respectively. The existing Speed Testing feature has also been improved to work better than before. All in all, its a must-have upgrade. 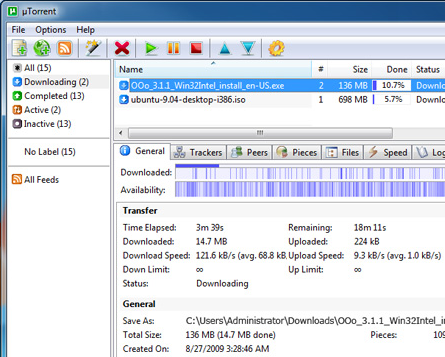 Read more about the release here .