One of the many areas where the Windows Phone 7 (WP7) platform is still lagging behind is the App Marketplace and the number of good apps which can be used on a Windows Phone 7 device is very less. If you remember, when Microsoft launched WP7 in the U.S, the market place had a mere 80 applications. All that has changed now and Microsoft claims that there are more than 10,000 apps in the marketplace.

Microsoft is taking many steps to attract more and more developers to develop on the WP7 platform. One of such effort is Microsoft's special request to Rovio to get the very popular Angry Birds game in the WP7 marketplace, which is expected to go live in the marketplace on June 29, 2011. 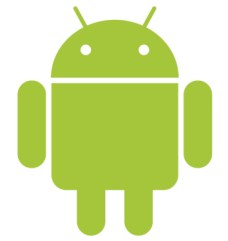 The tool wont port the Android code to WP7 automatically, rather it provides developers with a list of API mappings which can be used to easily re-engineer an Android App code and make it run on the WP7 platform. Microsoft has also prepared a 90 page guide for Android Developers to get started with the WP7 platform.

Will this mean more revenue for Android Developers?

Microsoft's strategic partnership with Nokia will make sure that the WP7 platform goes mainstream. Nokia has already ended development on Symbian and is gradually shifting to WP7 as the primary operating system for their smart phones and the first Nokia-WP7 phone expected in 2012. After this happens, more and more users will start using apps from the WP7 marketplace and this is when, the developers will see some surge in their revenues from WP7.

WP7 is already being used by many developers worldwide to generate substantial revenues. Few days back we told you how two student developers pocketed more than $12,000 within just 4 months of launching their apps in the WP7 marketplace.