Yahoo Ready To Deliver On Promise To Upgrade Email 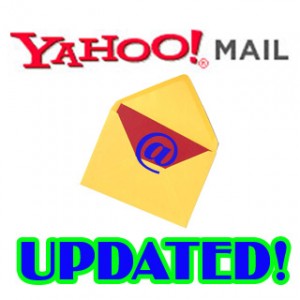 With an ever-increasing population on Facebook, Gmail and Twitter - a worrying fact for Yahoo, it has decide to go for some changes within its popular email service in an attempt to make it more appealing. The changes announced Tuesday build upon a redesigned email format that Yahoo began testing seven months ago. The estimated 277 million users of Yahoo's free email service will be switched to the new version during the next few weeks.

The update features will include -

Yahoo has got a glimpse of a tough competition with rival Gmail. Yahoo is counting on the changes to help attract and retain email users at a time when more people are flocking Gmail service. Figures say that April, Yahoo had 277 million email users worldwide, a drop of about 3 million, or 1 percent, from the same time last year. Meanwhile, Gmail saw a great growth to 220 million wordwide users, up 43 million, or 24 percent during the past year.

I, myself had given upon the Yahoo mail long time back. I see this as a triumph of Facebook and Twitter rather than Yahoo. Merely putting some Facebook/Twitter add-ons will not surely be enough, still I am looking forward for the changes. Lets see to which extent these changes help Yahoo to retain its customers and lure some more (including me).

Yahoo Ready To Deliver On Promise To Upgrade Email was originally published on Digitizor.com on May 24, 2011 - 3:01 pm (Indian Standard Time)