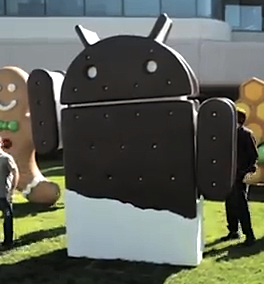 Earlier today, Google has dropped a pleasant surprise when they released the source code of Android 4.0 "Ice Cream Sandwich" to the Android Open Source Project.

After announcing Android 4.0 "Ice Cream Sandwich" about a month ago, Google promised that unlike its predecessor - Android 3 "Honeycomb" - it will be open sourced. Although, Google did not mention the expected release date, going by the previous releases, we expected the source code to be available after the release of the Samsung Galaxy Nexus.

Announcing the release of Ice Cream Sandwich into the AOSP, Jean Baptise Queru of Google wrote this:

Hi! We just released a bit of code we thought this group might be interested in. Over at our Android Open-Source Project git servers, the source code for Android version 4.0 (Ice Cream Sandwich) is now available.

You can get instructions on how to get the source code at http://source.android.com/source/downloading.html