Researcher Says That 8% of Android Apps Are Leaking Private Information 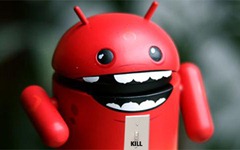 Android has had its fair share of malware problems. Whenever malware are detected, Google reacts swiftly and remove them. However, according to security researcher Neil Daswani, around 8% of the apps on the Android market are leaking private user data.

Neil Daswani, who is also the CTO of security firm Dasient, says that they have studied around 10,000 Android apps and have found that 800 of them are leaking private information of the user to an unauthorized server. Neil Daswani is scheduled to present the full findings at the Black Hat Conference in Las Vegas which starts on July 30th.

The Dasient researchers also found out that 11 of the apps they have examined are sending unwanted SMS messages. What these leaks and violations or privacy mean is that people - when using these apps - are running the risk of having their identities stolen. Those who haven't enlisted the extra protection from companies like LifeLock are being widely exposed through the Android malware and Google needs to step up and do something about this.

This malware problem on Android has become too much. One of the main reason that we see malicious apps in the market is because of the lack of regulation in the apps that get into the Android Market.

Sure, the lack of regulation can be good. It means that developers can make their apps without worrying if Google will accept their apps or not. It fits into the pre-existing application distribution model where anyone can develop and publish their own apps.

I think that it is time that Google make approval of the apps a requirement before it gets into the Market. They do not need to do it like Apple, but a basic security check before an app gets on the market will be nice.

If nothing is done about and this problem is allowed to grow, it will end up killing the platform.

Researcher Says That 8% of Android Apps Are Leaking Private Information was originally published on Digitizor.com on July 21, 2011 - 12:59 am (Indian Standard Time)