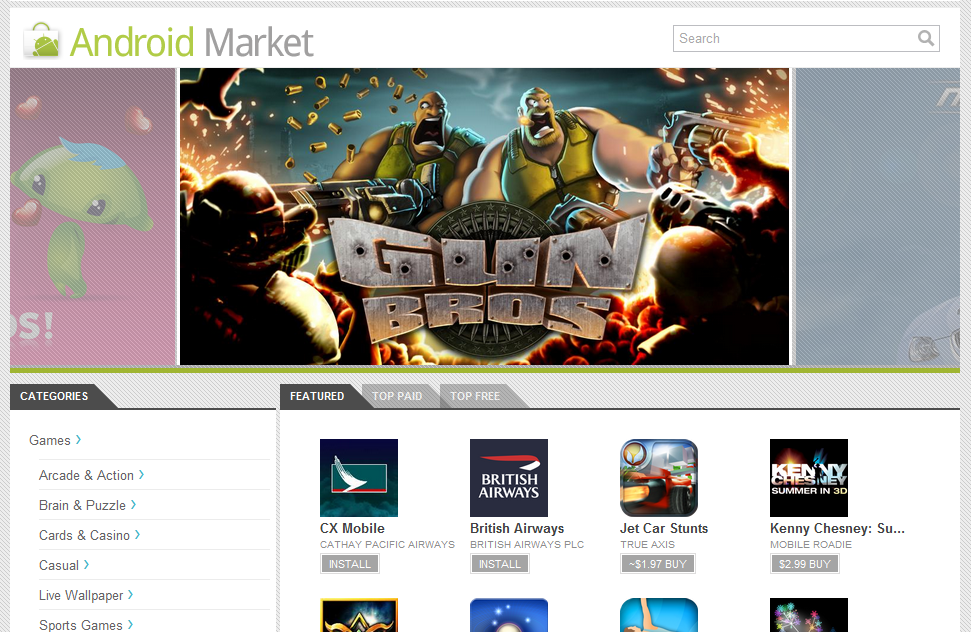 At the Honeycomb event today, Google has just announced a new web store for the Android Market. The web store allows users to browse through apps and make purchase and install over the air. Once the user install an app from the web store, the app will automatically get downloaded and install to their device. The whole process is so simple.

In case users have multiple Android devices, they can select which device to install the app to from the web store. For those users, there is also a new phone management console from which users can give nicknames to their phones, view the installed apps and install paid apps already installed on one device to another.

The web store also brings a social twist to the Android Market. It allows users to share apps using Twitter. When the link to the web store is opened on an Android device, it will open in the Market App.

The web store is available at market.android.com. The website is already up and running now, but it does not allow users to sign in yet.

We feel this is one feature which the Android Market had been severely lacking. This should make installation of apps much easier regardless of whether users are on their Android device or on a PC.

On a somewhat related note, Google has also announced that in-app-purchase will be available soon.  The SDK for in-app-purchases will be released today, but will be functional later this year. The pricing for the apps has also become a lot more flexible. Right now, the price for the apps are put up by the developers in US dollars and in other countries, the prices are converted to the local currency using the current exchange rate and shown to users. Now, Google has given developers the freedom to set their price in the other currencies as well.

Android Market Gets A Web Store – Allows App Installation From The Web was originally published on Digitizor.com on February 3, 2011 - 12:57 am (Indian Standard Time)