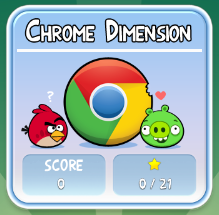 The most successful game for mobile platforms - Angry Birds has now made it's way to the web and is now available on any web browser. We have already told you that Rovio has launched a spechial Google Chrome version of the Angry Birds game on the Chrome Webstore. But, since the game is hosted on the website of Angry Birds - chrome.angrybirds.com itself (and the Chrome app just being a shortcut to that website), the game can be played on any browser that has support for HTML5.

Angry Birds for web has a special level for Chrome called the Chrome Dimension. As of writing this post, I was unable to play this particular level but Rovio must have put some surprises in there as well. There are two versions of this game which you can play on any Web browser including Firefox, Chrome, Chromium, Internet Explorer & Safari.

A couple months back there were speculations about Angry Birds to be launched as a Facebook application. But now since the web version is already out, we feel getting the Facebook version of the Game to users won't be much of a big deal now. 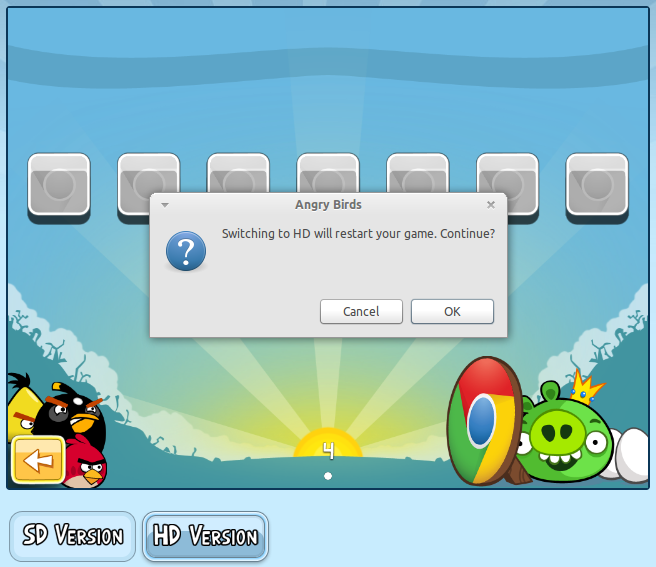 Switching between HD and SD versions of Angry Birds for Chrome

Now Play Angry Birds In Chrome, Firefox, IE & Safari was originally published on Digitizor.com on May 12, 2011 - 8:12 am (Indian Standard Time)