Apple Says “app store” Does Not Mean A Store For Apps 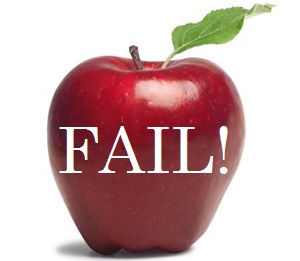 Apple, who is suing Amazon for trademark infringement, claims that "app store" does no mean a store for apps.

Yesterday, Apple has filed its reply - the most ridiculous one at that. Apple says that the words "app store" together does not mean a store for apps.

Apple denies that, based on their common meaning, the words ‘app store’ together denote a store for apps.

I am sure that Apple has a lot of well paid lawyers but I cannot even comprehend the ridiculousness of this reply. I wonder what a store which sells grocery is called. Oh right, it is called a grocery store. Apple's reply is akin to saying that the words "grocery store" together does not denote a store that sells grocery. Really, Apple?

Why does Apple even think that they can trademark "app store" in the first place? Can you image what will happen when people start trademarking "grocery store", "coffee shop" ?

Meanwhile Microsoft is trying to prevent Apple from officially getting "App Store" trademarked. Like Amazon, they are arguing that "app store" is a generic term. And, oh, there was that case of Apple CEO Steve Jobs referring to the stores for Android apps as, guess what, "app store". Really classy Apple.

Apple Says “app store” Does Not Mean A Store For Apps was originally published on Digitizor.com on May 21, 2011 - 2:33 am (Indian Standard Time)