E-Reader Ownership Among US Adults Doubles Over Past Six Months

According to a new Pew research survey published on Monday, the ownership of electronic book readers such as - Amazon Kindle or The Barnes & Noble Nook - among US adults has now increased to 12 percent, a two times rise from the 6 percent it was about six months before. The survey was conducted on more than 2,000 adults in the month of May 2011. 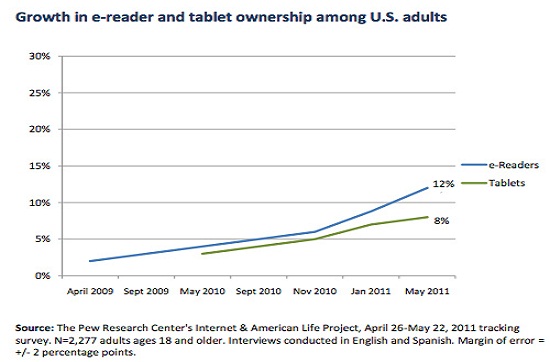 When these devices are compared with share of other older digital devices, they lag behind a lot. These include MP3 players (44 percent), DVRs (52 percent), laptops (56 percent), desktops (57 percent), and cell phones (83 percent). We can notice here a neck to neck fight of desktops and laptops too. In November last year, desktop ownership was 8 percentage points ahead of laptop ownership, 61% to 53%. 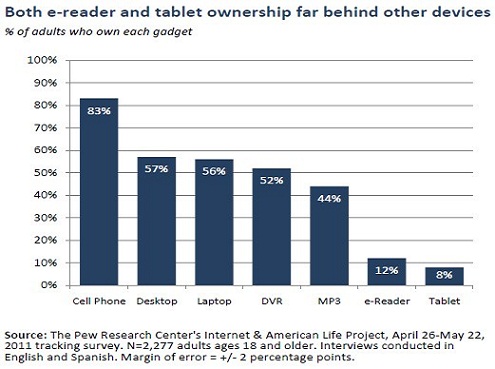 A survey published last week by the Online Publishers Association says  that 12 percent of the total US population own or use a tablet and the figures are expected to rise to 23 percent, or 54 million people, by early 2012. We can very well say that the tablets are gaining popularity.

E-Reader Ownership Among US Adults Doubles Over Past Six Months was originally published on Digitizor.com on June 28, 2011 - 2:29 am (Indian Standard Time)