Mozilla has released the seventh beta of its upcoming browser, Firefox 4.0. The Firefox 4.0 development has hit a slightly rough patch recently resulting in the release date for the final build pushed back to 2011. However, there is good news with the new beta – it has finally overtaken both Chrome and Opera, both considered as the fastest browsers out there, in the sunspider benchmark. 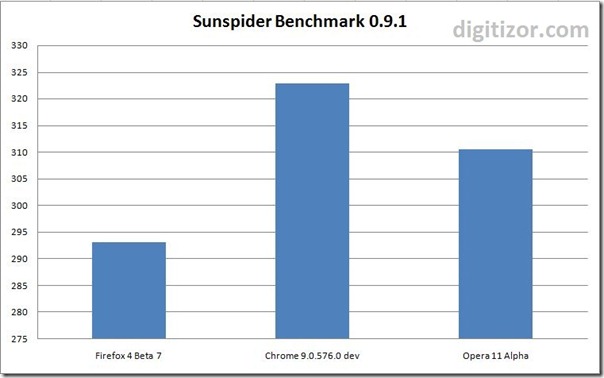 In the Sunspider benchmark, lower scores are preferred. as it can be clearly seen Firefox 4.0 Beta 7 is the fastest here with a score of around 293ms. Interestingly, Opera 11 Alpha comes second ahead of Chrome,

The difference between the fastest browser in this test, Firefox, and the slowest, Chrome, is only around 30ms. Will such a little difference be noticeable during normal usage? We do not know. So we decided to put these browsers through two other tests.

The V8 Benchmark is used for tuning Chrome/Chromium’s V8 engine. Some might say this gives Chrome an undue advantage. We decided to go ahead anyway. Higher scores are preferred here. 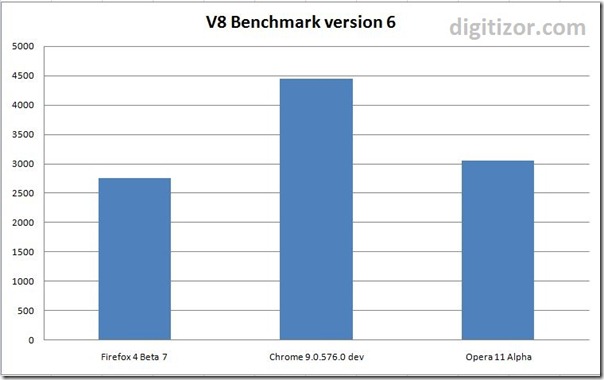 With the V8 benchmark, the result is completely different. Here Chrome scored the highest (meaning it is the fastest) and Firefox scored the lowest – around 300 points behind Opera.

The next test we decided is the Peacekeeper benchmark.

Here too higher scores are preferred. 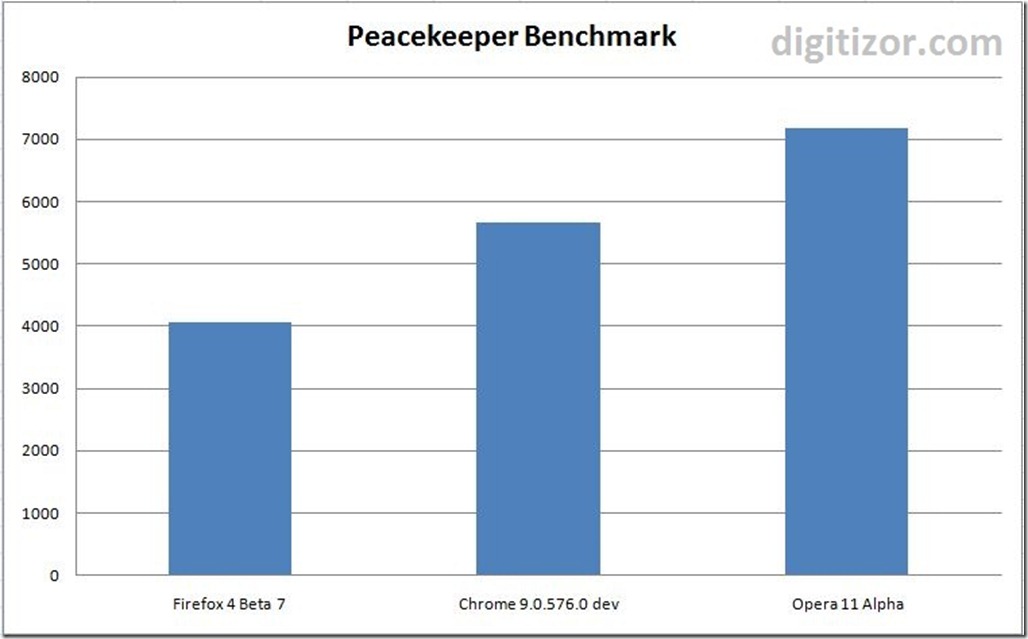 In this one, Opera is the fastest with a score of above 7000. Interestingly Firefox is the slowest here as well.

This makes Firefox the fastest in the fastest in Sunspider test but slowest in the other two benchmarks. So what it comes down to is which of these tests come closest to a real world usage.