You Are Here: Home » Articles » Video

Rovio's hugely popular game for the iPhone and Android platforms has now become so famous that it eventually made it to one of the top comedy shows of Israel. The game Angry Birds became even more famous after it's makers decided to make it free on the Android platform. Here is a video from the comedy show, which is titled as Angry Birds Peace treaty! 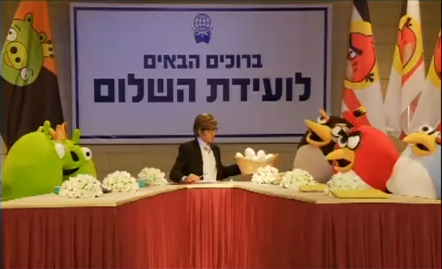 You can watch the video below. In case you are unable to see the embedded video, click here to view it on Youtube. One thing that the video has rightly brought forward is that lot of people have wasted hours of productive and useful work at office, playing Angry Birds!