Are you someone who has not fully made a switch to the Google Docs planet and still use Microsoft Office because of MS Office's awesome interface? But by using MS Office, you are letting yourself behind on using the best of class cloud features provided by Google Docs. So here is a new way in which you can leverage the power of Google Docs even while using Microsoft Office.

Presenting Google Cloud Connect - a new tool from Google using which people can continue to use the MS Office interface which they are comfortable with, while reaping many of the benefits of web-based collaboration that Google Docs has to offer. 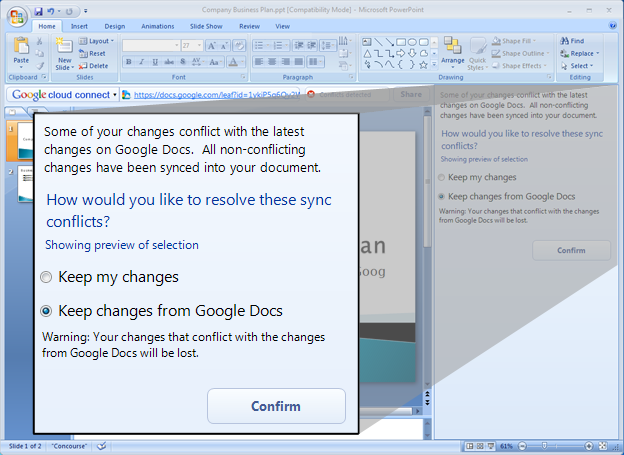 Handling Document revisions is so easy with Google Cloud Connect

Google Cloud Connect is basically an extension of a product called DocVerse which was acquired earlier this year by Google.  Google Cloud is not yet available officially for everyone. However Google Apps for Business customers can request for a request for a preview here. For everyone else including us, we have to wait before Google makes it live!

Google Cloud Connect: Use Google Docs Inside Microsoft Office was originally published on Digitizor.com on November 23, 2010 - 1:44 am (Indian Standard Time)