With half a million Android devices being activated everyday, there is no doubt that Android is one of the most popular operating systems today. Not many users realizes this but Android is based on Linux.

Android is without any doubt the most popular Linux-based operating system in the world. In an interview with German website derStandard.at, Chris DiBona, who is the Open Source Manager at Google, has said that Android is the Linux dream come true.

The thing about Android is, it's sometimes hard to understand when they do a delay, but at the same time Android is the dream come true. It's your Linux desktop, it's the ultimate success story of Linux that I've been working on personally since 1995. 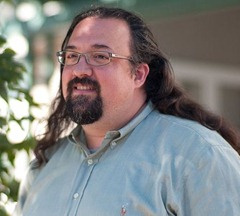 Although technically Linux underneath, Android is so different from the other Linux-based operating systems that many Linux developers I talked to said that they no longer think of Android as Linux.

To me the Linux dream is about the desktop not mobile - and Android id nowhere near being that Linux dream.

Google uses Linux in 30% of their laptops

DiBona also talked about the operating systems they use in Google. He mentioned that around 30% of the laptops used in Google runs Linux. The rest runs Mac OS X. He also mentioned that most of the engineering desktops they have runs Linux and that they use their own Ubuntu derivative called Goobuntu.

We have Linux, a very very small amount of Windows, and a fair number of OS X machines. If you'd look at laptops it's maybe 70 percent Mac OS X and most of the rest is Linux, we are a huge customer of Apple. Engineering Desktops are overwhelmingly running on Linux. We have our own Ubuntu derivative called "Goobuntu" internally for that, integrating with our network - we run all our the home directories from a file server - and with some extra tools already built-in for developers.

No love for Unity

Ubuntu 11.04 adopted a new interface called Unity. When asked if Google will switch to Unity, DiBona replied that they will probably not use Unity.

We probably won't use it (Unity), unless it's super-compatible with our tools. For most Googlers it's Eclipse, it's VIM, it's Emacs - those things run fine under Ubuntu.

I don't know if you saw that Shuttleworth announced that he wants to have 200 million people using Ubuntu in four years. When I read that it was like "Wow - that's an aggressive target".

When asked about the delay in the release of the source code of Android 3.0 Honeycomb, DiBona said that it is unfortunate but they are not in violation of the LGPL or the GPL as the parts under those license has been released. They are holding back on only the part with the Apache license. (Most of the changes Google has made to the Linux kernel, falls under the part with Apache license.)

Honeycomb is the first release that comes a little bit later. And I want to point out that we are absolutely in compliance with the LGPL and GPL code, that parts are up there now, it's just the Apache-licensed code that is delayed.