At the recently held I/O Conference, Google made an announcement that will help all movie buffs to rent and watch movies directly from the Android Market. Titled "Movie Rentals" this new feature from Google lets users rent movie titles on the Android Market’s website after which users can watch them in various ways such as directly on the web or stream the movie videos to their Android devices.

Google will also allow downloading the movies so that users can play them on the move and where network connectivity is not available. However, this service is currently available only in the US. Till, yesterday all Android devices (including the ones which have been Rooted) were able to access the movie Rental store without any issues. But now, Google has banned all rooted Android devices from accessing the Movie Rentals store on the Android Market. 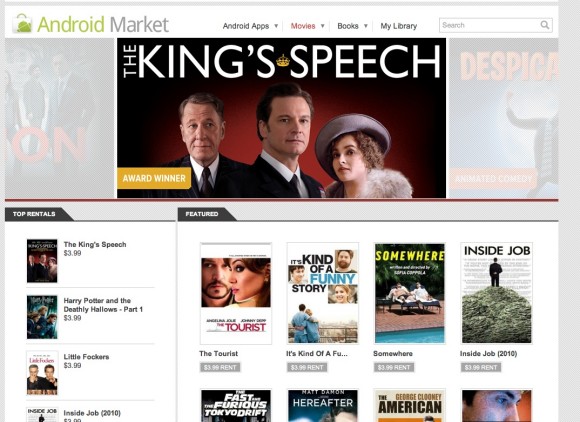 Those users having rooted android devices now get this error when they try to download Movies from the Android Market: "Failed to fetch license for [movie title] (error 49)." In fact Google has put up a page in the Android Market Help section which addresses the above error by saying that users will receive a "Error 49" message if they play a movie on a rooted Android device and Rooted devices are currently unsupported due to requirements related to copyright protection.

So, all users who have rooted their devices for getting updated Android version, installing Custom ROMs or other reasons and still want to get access to Movie rentals on Android Market can try for the following alternatives:

If you happen to have a workaround for this, then do let us know by posting about it in the comments section.