Looks like, the much awaited Google Drive is finally available for users. The entire tech community is buzz with this news that Google Drive - an online storage service much like Dropbox, will most probably be launched by Google next week. 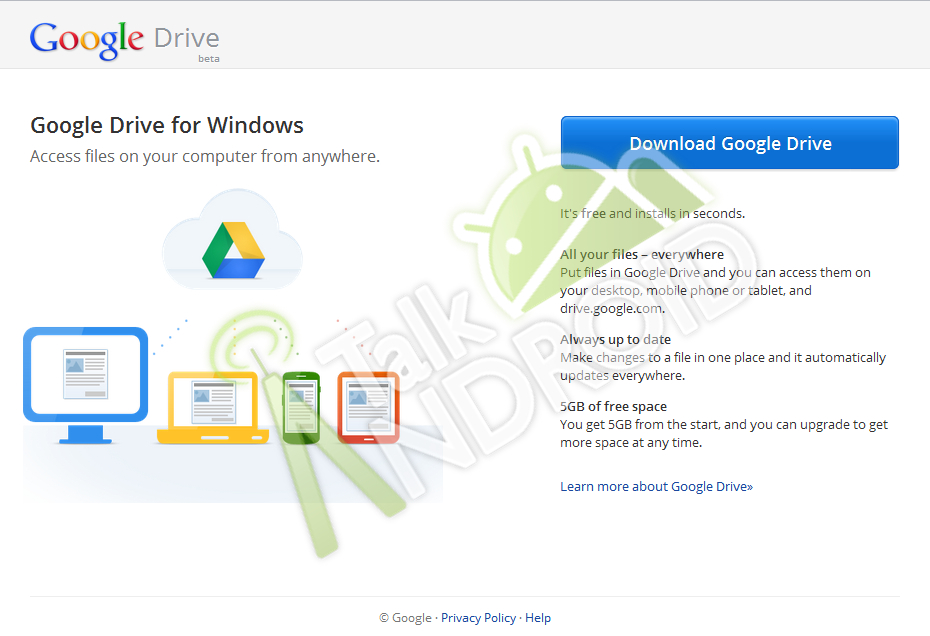 Some of the features that Google Drive is expected to support in-app document editing and upto 5 GB of free storage space. As of today, neither of them are currently available on Dropbox which can be considered as a threat (for Dropbox). Apart from that, all your documents on Google Docs will also be automatically synced to Google Drive on all computers which is again a very useful feature, currently absent on Dropbox.

However, Google Drive also has its downside. As of now the only systems supported by Google Drive are Windows, Mac OS X, iOS & Android. There is no linux support currently available for Google Drive, whereas Dropbox seamlessly supports all flavours of Linux.

Going by Google's strategy of not launching desktop apps for Linux OSes (for eg. Google Talk), it looks very bleak to us about the possibility of Google supporting Linux platforms on Google Drive. Whatever, it is we are eagerly waiting for the Google Drive service to launch, most probably on drive.google.com.