As I have written before, Google+ Hangout is an amazing feature and I absolutely love it. It seems like Michael Dell, the CEO and Chairman of Dell Computers, too have been impressed by Hangout. So, much so that he is actually considering using it to offer Dell Customer Service.

This is what he wrote on Google+

I am thinking about hangouts for business. Would you like to be able to connect with your Dell service and sale teams via video directly from Dell.com? 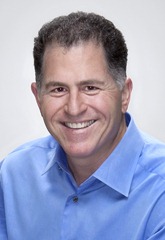 Hangout is meant for group chat and, so, it will not work for the application that Dell has in mind as it is now. They will have to get Google to do some customizations to the way Hangout works for them.

This opens up another area that Google might be able to cash in on. When they roll out Google+ for business, they could offer such a service – the one which Michael Dell has in mind – for a premium.

The reaction from many to Michael Dell’s suggestion has been overwhelmingly positive. However, Danny Sullivan of Search Engine Land raised a very good point against using Hangout for offering customer service:

If I walked into a store and started yelling about how bad the store was, to get my problem resolved, who would consider that a successful customer service model? But that's basically what we are encouraged to do through social media, yell there as an attempt to get problems solved as a last resort.

What is your take on this? Would you like to see Dell offering customer service through Google+ Hangout? Or do you think that it will be a mistake from Dell?