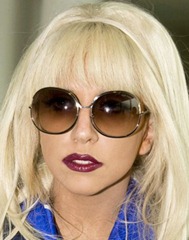 The website was reported to have been hacked on 27th June, but Universal Music Group – the label to which Lady Gaga is signed - made the information public only today. Universal admitted that the hackers have stolen data of fans – including first and last name and emails addresses. They however mentioned that no password or financial information had been stolen.

The hackers took a content database dump from www.ladygaga.co.uk and a section of email, first name and last name records were accessed. There were no passwords or financial information taken.

The hack is reported to have been done by a group called SwagSec. SwagSec had previously hacked websites of other pop stars as well. In a statement by SwagSec, they accuses Lady Gaga of being homophobic. This is hard to understand as Lady Gaga has been a very vocal supporter of gay rights.

The nature of the vulnerability that the hackers exploited is not know now, but Imperva reports that a hacker had posted a SQL injection vulnerability of the website on a forum.

Meanwhile there has been no mention of the hack either on Lady Gaga’s Tweets or her official website. We think that the fans deserve to know that their information had been stolen.