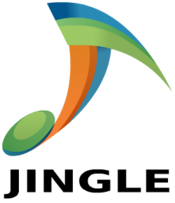 Google has announced that Google Talk calls will now use the Jingle (XEP-166 and XEP-167) protocol as the primary signaling protocol.

Jingle is an extension of the XMPP which supports peer-to-peer multimedia interaction such as VoIP and Videoconferencing. The protocol was developed from the original protocol used for VoIP in Google Talk by Google, Collabora, Yate, Tandberg and Jabber. The XSF (XMPP Standards Foundation) is in charge of standardization of the protocol.

Right now, Google Talk calls from GMail, iGoogle and Orkut are already using Jingle. Google will release an update for the Google Talk Android app as well to support the protocol. However, Google has mentioned that they have no plan of updating the Google Talk desktop client for Windows.

Announcing the decision to switch over to Jingle, Peter Thatcher of Google said this:

I hope that this will be a support to the Jingle community and further our efforts to have open standards for voice and video communication.

Kevin Smith, XMPP Council Chair, said this about the announcement from Google:

Google’s updates to use the standardized Jingle protocols will mean an increased chance of interoperability for streaming audio between XMPP users and will hopefully entice more developers into producing implementations and contributing to the standards process.

On a related news, although Google said they will support the old protocol, the update to Jingle seem to have broken Empathy – the default IM client used in many GNOME based Linux distributions.

Google also announced that they are  including real time communications capability in its Chrome browser using WebRTC a couple of days back.

Jingle Becomes The Default Protocol For Google Talk’s VoIP was originally published on Digitizor.com on June 24, 2011 - 4:15 am (Indian Standard Time)