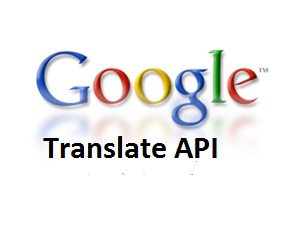 A few days back we reported that Google is shutting down many APIs as a part of its 'spring cleaning'. In the list of API being shut down was the 'Translate API', which is very popular and is used widely. Developers who have been relying on it found the decision to shut down the API very painful.

The popularity of this API has changed the mind of  Google and they have officially announced that the API will survive but with a catch - developers will have to pay Google for access to the API.

This must come as a sigh of relief for Translate API users. Google's product manager Adam Feldman said this on the official Google blog:

In the days since we announced the deprecation of the Translate API, we’ve seen the passion and interest expressed by so many of you, through comments here (believe me, we read every one of them) and elsewhere. I’m happy to share that we’re working hard to address your concerns, and will be releasing an updated plan to offer a paid version of the Translate API.

Google had officially deprecated the API due to the substantial economic burden caused by extensive abuse. Feldman had last week said that it was a hard decision as the shutdown of Translate API would also hamper many legitimate usage. Many supporters suggested Google to go for charging money for the usage of the API. Google took a wise decision by going for the payment scheme.