With the presence that Google has in the internet, it receives a lot of requests from governments around the world to remove certain offensive contents and hand over user information. Google keeps a record of these requests and publishes them, with certain limitations, every six months.

The report is a good source of information on things such as which Google product runs into problem the most, which country has the most problem with Google etc. To make it easier to interpret the data, we have represented in graphical form. Let us take a look.

(Note: These graphs are based on the latest data available, that is July-December 2010.) 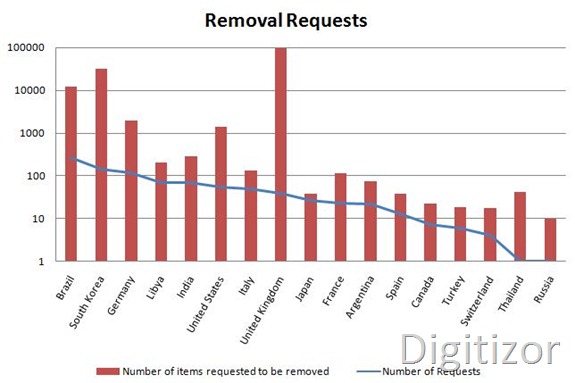 First up, we have the content removal requests that Google received from different governments around the world. More than one items can be requested for removal in one request. That is the reason why the red bars are higher in the chart above.

Google does not always remove everything that the government asks them to remove. Here is the graphical representation of the number of items that Google had removed, along with the percentage that it represents out of the total number requested. 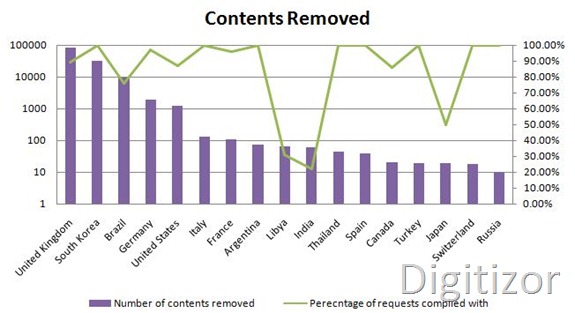 Hers is the breakdown of the content removal requests that Google had received by the reason for which they are requested to be removed. 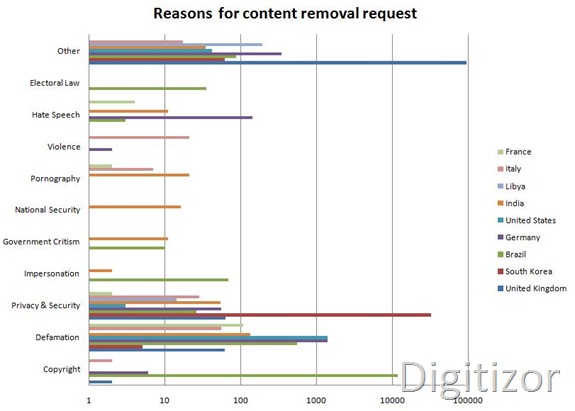 It will be interesting to note here that the most frequently cited reason (other than "Other") is privacy & security and defamation.

Google service/product from which content is requested to be removed

Here is the breakdown of the contents requested for removal by the Google service/product it is associated with. 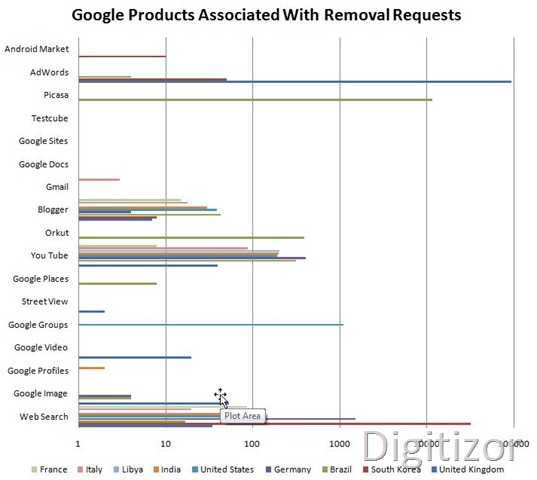 As the bar graph shows, many of the items requested for removal belongs to Google Search, YouTube and Blogger. It is interesting to note that all of these services has to do with user-created contents – Google indexes them, YouTube hosts user-created videos and Blogger hosts blogs.

As you would have noticed from the first graph, the UK had requested for the maximum number of items to be removed. From this graph, we can see that most of them are related to AdWords. This is because of the UK’s Office of Fair Trading which requested Google to remove ads that are linked to scams.

Content removals are not the only requests that Google receives from the governments. Law enforcement agencies frequently contact Google for the release of user data from time to time as a part of their investigation. Here is the number of such requests that Google had received sorted by countries. 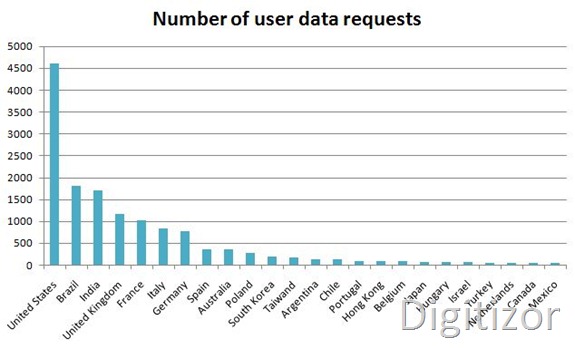 Here, Google received the maximum number of requests from the US with 4601 requests. Brazil and India are the other two countries which had sent more than 1500 requests. A total of 24 countries had sent user data requests to Google.

Google does not release the user data whenever they are requested for it. Here is the breakdown of the user data that Google had released to law enforcement agencies sorted by the country they belong to, along with the percentage they forms out of the total numbers requested. 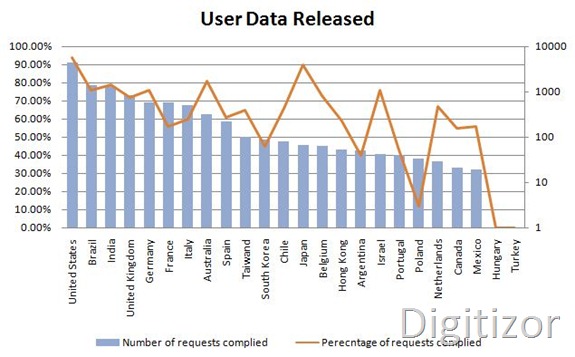 PS: You can see all the data here.

Visualization Of Google’s Transparency Report was originally published on Digitizor.com on June 30, 2011 - 2:12 am (Indian Standard Time)