HTC made Google Phone makes it appearance, named Nexus One

The Google Phone rumours which we were hearing for quite some time now, has turned out to be true. The lucky lot who have already got their hands on this phone are none other than Google’s own employees. Tweets from several persons like Google’s Open Source Program Manager, Leslie Hawthorn, has confirmed that Google had indeed handed over the new phone to its employees. Interestingly enough, the phone has been crafted by none other than HTC and it bears a striking resemblance with its recently leaked model, Passion. 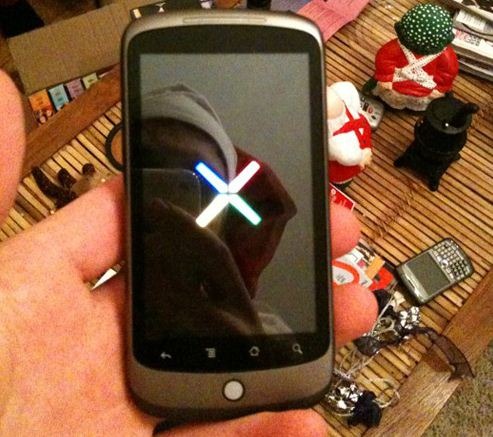 It sports high resolution OLED display, a Snapdragon processor, 5 MP camera, trackball, GPS, Wi-Fi, 3G etc etc. It is thinner than the iPhone and runs Android 2.1. However, it is a touch screen only device with no sliding out keyboard. Connectivity for the phone that was handed over to Google employees is said to be provided by T-Mobile while the unlocked phones which were given to the developers is known to run on AT&T . And according to Wall Street Journal, this phone will be sold online directly by Google as an unlocked model.

Also, the picture property details of image taken using the phone camera confirms that the phone has been named Nexus One. The phone is expected to be launched by next month.