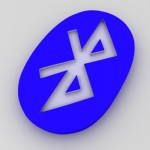 If you have ever used Bluetooth in KDE SC, you probably know how messed up KBluetooth is. It simply does not work. And it is almost dead too.

Now, there is a new Bluetooth manager around and it is a hell lot better than KBluetooth. BlueDevil has been developed since, according to developer Alex Fiestas, the code of KBluetooth is "spaghetti code". He also mentioned that the name is inspired by PowerDevil. Anyway BlueDevil is a cool name. :p

The developers have not released a tarball of BlueDevil. However, testing is going on and Alex did a very thorough review with videos (with a history of the project). I suggest you check out his review, if you want more details. Here is a quick summary of BlueDevil's features:

What I have seen in his review already has me excited. The RC will be released on August 4th and I will do a review myself when it is released.

The Link mentioned above seems to be broken, you can visit http://afiestas.org and check the BlueDevil 1.0 Review post dated 28 July 2010.