“Version numbers? We can increment them!”; Linux 3.0 On Its Way 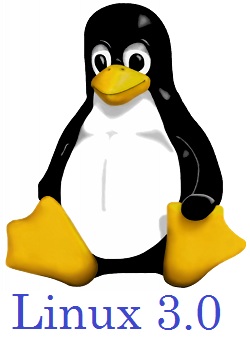 Earlier, we reported that Linus Torvalds is considering ending the Linux 2.6 series to move to either Linux 2.8 or 3.0. Well, Linus has finally done it and tagged the next development version 3.0. Yes, that is right folks, the next release of Linux is going to be Linux 3.0.

Tagging the next release as Linux 3.0, Linux wrote,

Version numbers? We can increment them!

Like we have mentioned before, the Linux 2.6 has been in development for a much longer time than its predecessors and has seen 39 releases so far. Linus said that the number has become too large and he is no longer comfortable with counting such a big number. The first proposal to start Linux 2.8. However, on the suggestions of other developers, Linux has decided to go with Linux 3.0 as it can also mean the third decade of Linux development.

I decided to just bite the bullet, and call the next version 3.0. It will get released close enough to the 20-year mark, which is excuse enough for me, although honestly, the real reason is just that I can no longer comfortably count as high as 40.

Other than the excitement of a brand new version number, Linux 3.0 does not have much to excite us about. When Linux 2.0 was released around 15 years ago, it marked the first fully usable release. According to Linus himself, there is absolutely no new change in Linux 3.0. Other than new version number, development for Linux 3.0 will go ahead as the Linux development has always been done - steadily progressing with small changes. He said that he does not want to do a KDE 4 or a GNOME 3.

So what are the big changes?

NOTHING. Absolutely nothing. Sure, we have the usual two thirds driver changes, and a lot of random fixes, but the point is that 3.0 is *just* about renumbering, we are very much *not* doing a KDE-4 or a Gnome-3 here. No breakage, no special scary new features, nothing at all like that. We've been doing time-based releases for many years now, this is in no way about features. If you want an excuse for the renumbering, you really should look at the time-based one ("20 years") instead.

You can read Linus' announcement here.