Test Your Music Knowledge With The Rhino Musical Aptitude Test 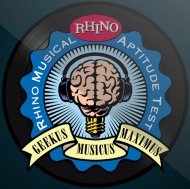 If you want to challenge your musical knowledge, here is an app for you. This iPhone app will prove you wrong if you think  you know a lot in music. The app has got enough in it to appeal to those who want to see whether they know absolutely everything about every mainstream band that’s played on stage since the 1920s.

The Rhino Musical Aptitude Test spans four levels of five questions each. It gets tougher and more wide-ranged as the game progresses. You don't exactly get your own choice of  categories, which can make it even tougher.

In the game you'll spin a wheel to determine the decade of the question you'll have to answer, so if you're not intelligent enough to handle questions based on 1960s rock and roll or '00s R&B, then nothing you can do but guess. But don't worry, it does offer a pretty good mix of questions on the oldies and newer tunes.

A round lasts until the player either scores five correct answers or gets three wrong. If you are stuck pretty badly, your life line - three Guitar Picks are there to help you out. They may be called upon to narrow down the answers on offer for the currently displayed question. Finally a player is offered a music IQ rating based on his or her accumulated score, how fast he or she answered, and how many lifelines remain.

You can download the app for free to get a glimpse of what it has to offer. There are many unlocked features available in the paid version which comes in $0.99. There is a set of 1200+ questions. Lastly, real life prizes await those players who accomplish certain in-game tasks, such as being among the first to correctly answer every question in the game! 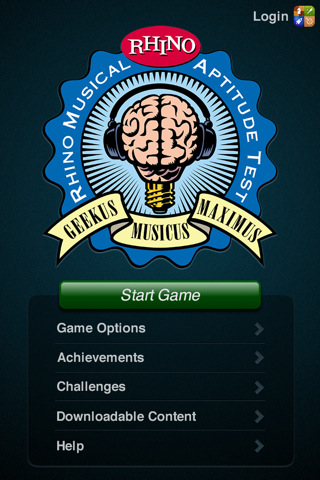 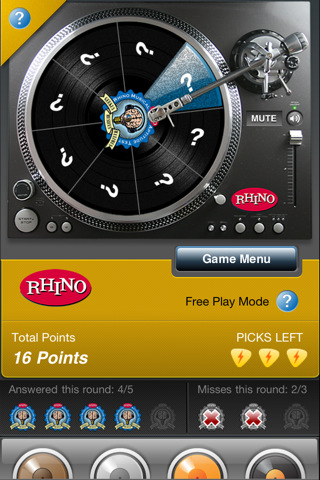 Test Your Music Knowledge With The Rhino Musical Aptitude Test was originally published on Digitizor.com on May 30, 2011 - 9:35 pm (Indian Standard Time)