Looks like Zynga has realised they cannot fully depend on Facebook as their only platform for taking their now very famous web based games to masses. And given the very dynamic nature of Facebook's policies, you never know what's coming next. Zynga had entered into a partnership with Yahoo way back in May 2010, and as a result of that Yahoo! has launched Mafia Wars and FarmVille on some of it's web properties.

This launch seems to be a test launch for the games as Zynga's most famous Farmville is nowhere to be seen yet on Yahoo! portals. The games will appear in Yahoo Messenger, Yahoo Games, My Yahoo, Yahoo Pulse and Yahoo's browser toolbar.  On Yahoo Pulse the games can be found in the Apps section - pulse.yahoo.com/y/appsApart from Zynga's games, Yahoo! is also integrating games from other game developers OMGPOP and ELEX. 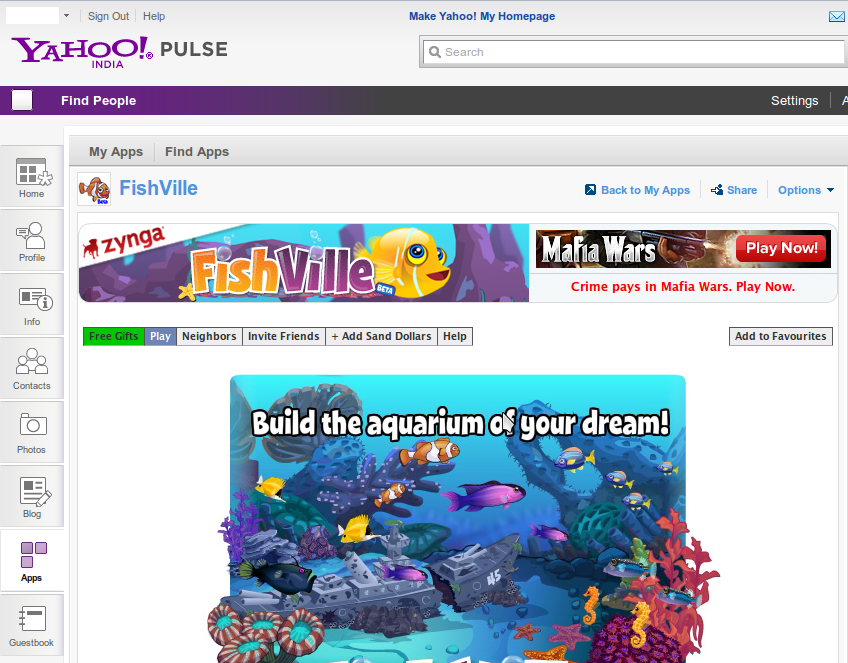