PayPal Expects Mobile Payments To Climb To $3 Billion This Year 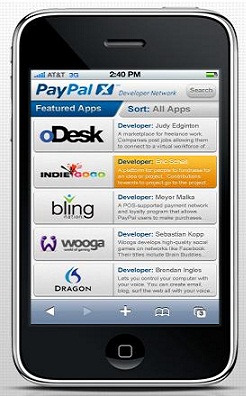 PayPal updated the prediction on its blog that the volume of money used in payments placed using mobile devices for 2011 is going to be nearly $3 billion. The first prediction they made was of $1.5 billion in payments, which was again changed to $2 billion in February this year.

PayPal says that it has seen a consistent rise in the customers and their daily investments. The growth is faster than what they had earlier expected. PayPal has been a trustworthy brand for the customers as there has been only very few security issues with PayPal as compared to other brands. People are getting more familiar and confident about the mobile payment system. There has always been a rise in number of business groups partnering with PayPal for mobile payment purpose. This is what Laura Chambers, Senior Director, PayPal Mobile, wrote in the blog post:

We’re now seeing up to $10 million in mobile TPV a day – a big increase from the $6 million we reported in March.  And we currently have eight million customers who are regularly making purchases on their mobile phones, up from a previously reported six million users.

eBay, which acquired PayPal in 2002, expects PayPal to emerge as the company's biggest business within the next few years. It has earned quite a reputation among the consumers. PayPal faces strong competition in the mobile payments space from startups such as Square, and recently Google, which also came up with their own payment system. Many companies are also expected to join the lucrative mobile payments market.

Mobile Commerce, though covers up a very small part of total e-Commerce,  is growing pretty well because of the explosion in the smartphone market. Research firm Forrester expects to see mobile commerce reach about $6 billion by the end of this year, $10 billion next year and $31 billion by 2016, according to Mobile Commerce Daily. There is a predicted growth of 39 percent for mobile commerce over the next five years. The report also says that security is a big issue for the mobile payment.