Songbird For Android Is Here

Remember Songbird? The last time I head about it was around a year ago when they decided to drop Linux support. They have surfaced again and this time they have brought an Android version of their music player.

The Songbird for Android is still in beta and the Songbird team has released it for testing. The app requires Android 2.1 or above - which should not be a problem. The app is not available in the Android market. You can download it from here and install it to your Android device. Before you install, make sure that you have enabled installation from unknown sources. (Settings -> Applications -> Check ‘Unknown Sources’).

Songbird for Android looks fantastic. It has a nice interface which is easy enough to figure out. Some may complain that it looks too much like an iOS app but in my opinion, that is all right if the interface is good. It has all the features that you would expect from a music player. However some are still missing - after all it is a beta.One feature I miss is not being able to create playlists. There are also a few confirmed bugs for a few Android hadsets, but I have not encountered anything on my phone.

All in all this is a very good music player and you should definitely try it out.

Here are the obligatory screenshots: 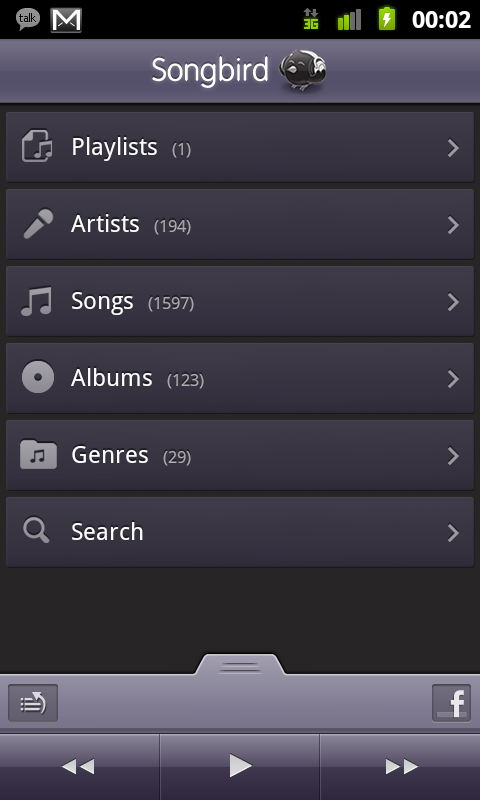 Songbird For Android Is Here was originally published on Digitizor.com on January 26, 2011 - 12:49 am (Indian Standard Time)