Sony started their Music Unlimited streaming service started in Europe in December 2010 and extended it to the U.S. in Jan. The service is powered by Qriocity and allows users to stream music content from a huge database of more than seven milllion songs licensed from top music labels such as Universal, Sony Music Entertainment, Warner, EMI Music and other  independent labels. By releasing an Android app, Sony has made sure that users can stream music from Qrocity's library on the go. The service also allows users to upload their own music to playback as well.

Qriocity and Sony has seen pretty gloomy phase lately due to massive hacking of their services. Although Sony said last week that it would restore all Qriocity online music and video distribution services everywhere, potential users will still have some lingering doubts.

The app will be available to users in the United States, France, Germany, Ireland, Italy, Spain, Britain, Australia and New Zealand. The app is available for free download with a trial of 30 days. The app also comes with a Basic subscription plan of $3.99 and another Premium plan comes in $9.99 per month. The Premium plan offers all the features of the Basic Plan as access to personalized channels and synced PC music library, plus full access to our entire catalogue and premium streaming channels. 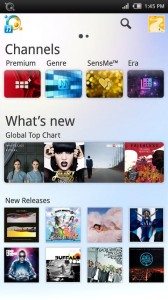 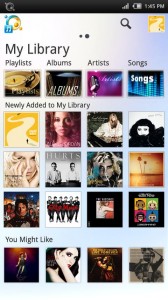 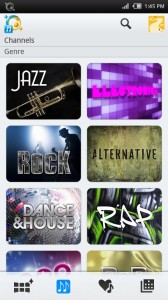