You Are Here: Home » News » Startups

Start-up websites struggle with speed issues on tablets and smartphones

With the tablet and smartphone revolution taking over the age of PCs and desktops, companies have also had to redesign their strategies in order to be more compatible with the changing scenario. Startups face the heat of this transition more than the well-established companies in terms of keeping their sites speedy even on mobiles and tablets. The amount of time taken by a startup's website homepage to load varies considerably. 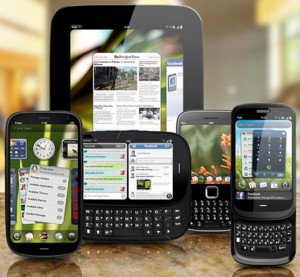 Consumers these days are using mobile devices more than ever before, and this means that they access the web more through their mobiles or tablets. But it has been observed that the load time taken by a website homepage to load on mobile is more than the time taken on the desktop. This discrepancy has been statistically analysed now.

A Startup Shootout Index by Keynote Systems gives us some reliable information about the core trends and challenges faced by most websites these days. The Index is the first of its kind database providing load times and completion percentages for websites on desktops, smartphones and tablets. One of the key challenges found was how a company is at a risk of losing new customers because of slow loading.

Keynote used a network of PCs it owns to generate traffic for select startup websites from various parts of the US, and also did the same iPad 2 and iPhone 4 users in Chicago, Dallas, New York and San Francisco. Although only Apple mobile devices have been used as a sample, it still represents a good portion of the US population. The tests were done for a period of few weeks and then the Index was created. Keynote analysed startups from six categories, them being Collaboration (including sites like Box, Dropbox, and Huddle), Travel, Mobile and Social Gaming, Social Retail (Gilt Groupe, Fab.com, and the like), Social Networking, Digital Entertainment (Spotify, Rdio, and Turntable.fm).

“We’re seeing that tablets are often a distant third when it comes to performance,” said Tim Murphy, senior mobile marketing manager at Keynote Systems. “The iPad is 2X slower than the iPhone largely because they’re sending about 265KB of data to the tablet user versus 142KB to the smartphone user,” Murphy added.

Given the popularity and the inherent limitations of offering perfect service on mobiles and tablets, companies running game sites and retail sites must also improve to take advantage of the tablet revolution to its full potential.