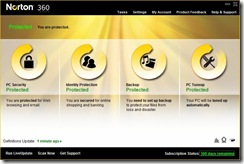 About a week ago, we told you about the launch of Symantec's flagship product, Norton 360 version 4.0. We've been using it for the past one week and have come up with some  interesting results. How does Norton 360 version 4 compare with Norton Internet Security or Norton AntiVirus? How is Norton 360 different from the other two product lines? We shall try and answer these questions for you in this review.

So how is Norton 360 different from the other two protection suites? Norton 360 gives you all the features that are included in the Internet Security, plus the Online Backup, plus some of the features provided by Norton Utilities, like PC-Tune Up, a start-up manager, disk cleanup are also provided, to make it an All-in-One Security and PC Tuneup suite.

Installation is pretty straightforward with not much customization options provided except for the directory to install option. It took us less than 25 seconds to install! And Norton 360 was up and working in no time. 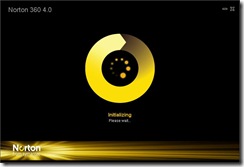 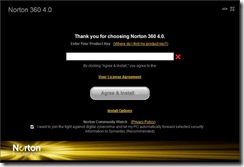 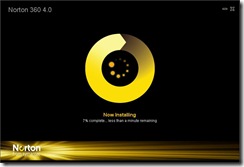 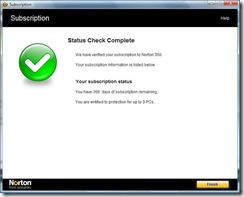 The main screen is divided into 4 categories, PC Security, Identity Protection, Backup and PC Tuneup. Hovering over these categories displays the most common tasks below each category and provides a one-click access to run them like Run Scans, Manage Backup Sets, Run File Cleanup etc. The Tasks tab at the top lists the General, Backup and PC Tuneup tasks in a single window and the Settings tab makes it really easy to enable or disable a service. 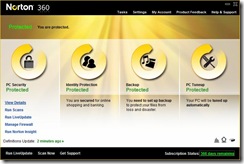 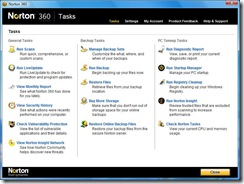 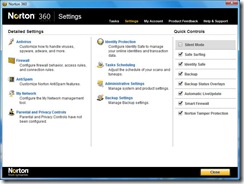 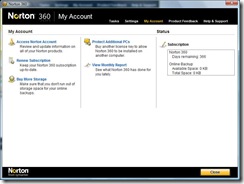 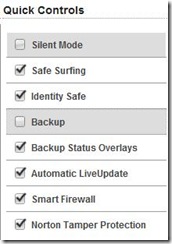 The scanning and the malware removal techniques use the same technologies like the Internet Security and Norton AntiVirus. Scans are particularly quick because of Norton Insight which eliminates the need of scanning the 'trusted files'. The trust level is decided with the help of the Norton Community Usage data. The notable feature which gives Norton 360 the advantage is the 'Reputation' service (Quorom) stregthening the detection of malware by checking its attributes like its originating IP, the number of installations etc and then determining the reputation of the program. This reputation helps in early-detection of whether the file or a program is a malware or not.

Norton 360 also installs a Norton Safe Web toolbar in Firefox as well as in Internet Explorer to protect against the phishing sites and other harmful sites. The sites are rated into 4 categories as Warning, Caution, Safe and Untested. Say you search for a particular term on Google, the sites in the results have a small icon telling the you whether the site is safe or not thereby warning you of the unsafe websites right in the search results itself. The Safe Web toolbar also has a tab for 'Identity Safe Cards and Logins' where one can create a profile and store the username and password. Download Insight gives detailed information about the file which is downloaded combined with the usage data from the Norton Community. 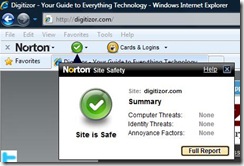 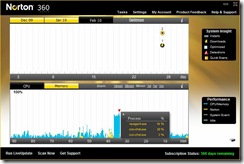 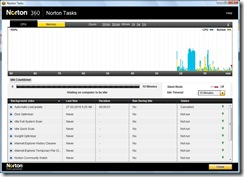 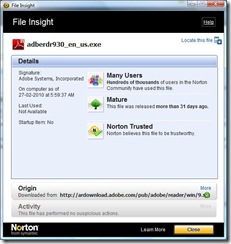 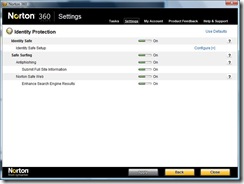 Tools like Registry Cleaner, Startup Manager are very effective in improving the performance of your computer by removing the erroneous registry entries and by disabling the programs that slow down the boot time of your operating system. Most of the people might be familiar with msconfig, Norton 360's Startup Manager provides a much better interface, as compared to msconfig, to deal with the unnecessary programs. It also provides an option of delaying the programs from starting initially thereby reducing the boot time considerably. 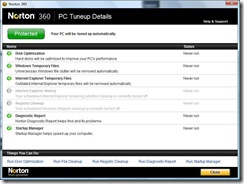 Registry Cleanup: nice, but for the less tech-savvy crowd

If you run Registry Cleanup, it cleans your registry and displays the result as Cleaned. It does not give you any option to select keys which should be (or should not be) deleted. And in the end of the cleanup operation, it doesn’t show you the list of all the keys to be deleted. If someone wants to find out which keys were deleted, he’d have to go to ‘Monthly Report’ from the My Account tab in the control panel to see which all keys were deleted. Having said that, most of the times, it does a great job at cleaning up the registry, the entire operation on our system took about a minute to complete. 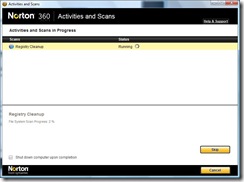 Norton 360 also provides an option of online backup of data apart from local drives, USB drives, CD/DVD/Blu-ray discs etc. This data is stored on secure Norton-hosted servers and can be accessed anytime, anywhere using your Norton account. You can download a single file from the entire list of files which were backed up and you can also email the links to those files. This helps when you need to send a large file to someone, you can also specify an optional password and the number of days the file should be available. The file can be downloaded a maximum of 10 times. The standard edition provides 2GB whereas the premium edition gives 25GB of online storage space. 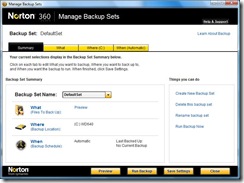 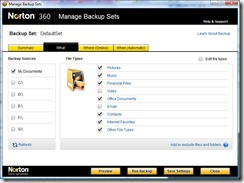 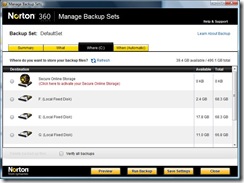 Norton 360 is an excellent product and has a very easy to use User Interface making it an ideal solution for almost everyone. It has all the protection one could expect from a security suite like the Identity Protection, Backup including the online storage option which works really well, quick scans, effective malware protection, File Insight etc, addons like PC Tuneup, Registry Cleaner, Disk Optimizer, Start-up Manager. It doesn’t take up much system resources and is the one thing which would keep running in the background and keep you protected from the current as well as the emerging threats. The price is around $10 more than the Norton Internet Security 2010 but with so much included in the 360 including the 2GB Online Backup and 1-year protection for up to 3 PCs, we think it's worth its price of $79.99.

Go ahead and try Norton 360 and tell us whether you like it or not in the comments below.