It Is Official Now! Thunderbird Replaces Evolution As The Default Email Client In Ubuntu 11.10

Finally Canonical has given the green signal to replace Evolution by Thunderbird in Ubuntu 11.10 "Oneiric Ocelot" which is scheduled for release in October.

Things seem to have gone well and Mike Conley, who has been instrumental in getting Thunderbird in Ubuntu, has announced that Canonical has given the green signal to replace Evolution by Thunderbird in the final release of Ubuntu 11.10. This is what he wrote in his blog announcing it:

Word has just come down from Canonical: Thunderbird will be the default e-mail client in Ubuntu Oneiric! At a moments notice, Canonical could have backed it out and switched it back to Evolution. But they've given their thumbs up, and they’re fully on board. 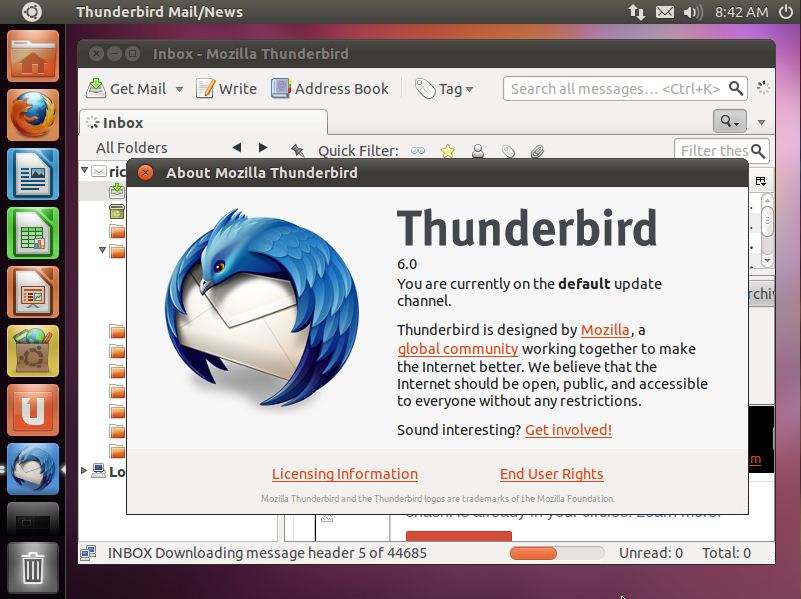 The third alpha of Ubuntu 11.10 shipped with Thunderbird 6 (currently in beta). The final stable release of Thunderbird 6 is expected next month. So, it fits the timeline for Ubuntu 11.10 which is scheduled for release in two months.

One issue that still remains is the calendar in Ubuntu 11.10. The calendar in the previous versions of Ubuntu is provided by Evolution. Thunderbird does not support calendar on its own - however, there is an extension called Lightning which adds calendar support in Thunderbird as well. It is not yet clear if Lightning will come installed by default in Ubuntu 11.10. Mike Conley, however, says that this issue is not a deal breaker even if they cannot get it in this release cycle.

It Is Official Now! Thunderbird Replaces Evolution As The Default Email Client In Ubuntu 11.10 was originally published on Digitizor.com on August 12, 2011 - 12:47 pm (Indian Standard Time)