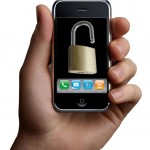 Today the US government has announced new laws that makes jailbreaking the iPhone legal. This means that iPhone owners can install unapproved third-party applications on their phone and better still, unlock it for use with other carriers.

Jailbreaking has been going on for quite sometime actually. However, the works of these hackers were considered illegal before. This new law makes what they are doing a perfectly legal practice.

Currently, Apple has strict control over the iPhone Apps Store. Every application have to be approved by Apple before they get to the App Store. Apple has been criticized for this practice, but they have maintained that it is for the user's security. With this new rule, users can legally install unapproved apps.

Another thing is that users are no longer restricted to AT&T. If they can unlock the iPhone, they can use it with other carriers. AT&T is notorious for its poor network coverage.