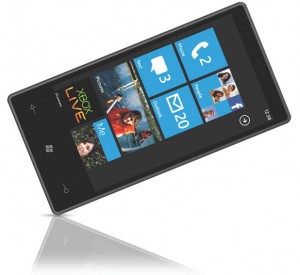 Another possibly big update that is coming is the browser. Microsoft has recently released Internet Explorer 9 RC and they have said that it will make it to Windows Phone 7 as well. Like the desktop version, it will also have hardware acceleration.

And finally Microsoft has decided to extend the multi-tasking capabilities of Windows Phone 7 to third party apps as well. Earlier Microsoft limited multi-tasking to only system apps and excluded third party apps from it out of concern for battery life. It seems like Microsoft has figured out a way to do it without consuming too much battery. Windows Phone 7 handles multi tasking using a card interface - like the one we saw in WebOS.

Microsoft also showed a technology preview of Windows Phone 7 and Kinect integration for Xbox. It looks quite nifty but there is no word on when this will be ready.