Chromebook owners can rejoice a bit, since the Google Chrome 17 is now in stable channel and will be available to them soon. After being in beta channel for several weeks, this is definitely something to look forward too. Both the beta channel and now the stable channel have new things to offer as well in terms of better interface and features, although Chrome 17 might still not be ready to reach the consumer just yet.

You can download Google Chrome 17 for your Windows, Linux and Mac OS X system from this link: google.com/chrome 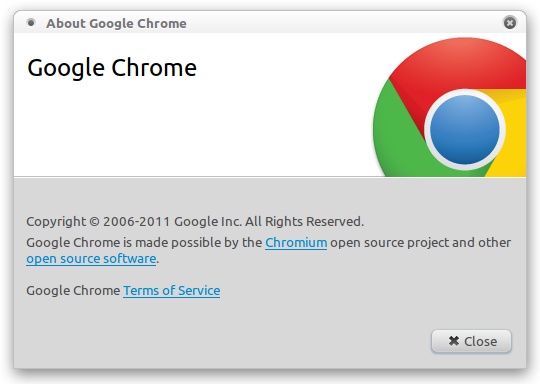 The beta channel had interesting changes done to the graphics, 2D and 3D graphics were improved from the older versions. So now, the new version will improve the performance of 2D animations using Canvas to enhance the games experience, as well browsing on graphic intensive websites. For 3D graphics, systems with older GPUs can use SwiftShader instead of WebGL, and support better 3D graphics to a large extent. The final release of the stable channel is not sure as of now, but Chrome Beta with these improvements is not available.

The stable channel on the other hand comes with two other features, i.e. page preloading and malicious file scanning. In page preloading, the moment one types in the URL bar and Chrome attempts to complete the page link, it also renders an image of the page, and the page loads faster the moment the person hits Enter. But this feature is only going to work with your most visited sites, or if Chrome is sure about the link you wish to visit. The feature is also available on Chrome for Android Beta, on default over WiFi.

The second feature is perhaps an extension of file scanning that Chrome already does. In older versions, it used to scan for bad files, but now if it finds that an executable file such .exe or .msi does not match the whitelist, it seeks additional information and also informs the user in case the website he is going to visit may host malicious files.

Yes, the features do provide the necessary excitement about the new version, however Chromebook owners will have to wait for the stable channel to finally come out. In the run-up, Google has released a list of improvements to the Chrome 17. The two improvements Google is banking on for Chromebooks, is a brand new photo editor which finally gives the user full freedom to edit and share photos; and a new Verizon 3G portal, for mobile data activation and top-up. These features coupled with an updated file manager and more support for OpenVPN makes Google Chrome 17 worth a wait for Chromebooks.

Chrome 17 Comes In Stable Channel With New Features was originally published on Digitizor.com on February 15, 2012 - 1:58 am (Indian Standard Time)