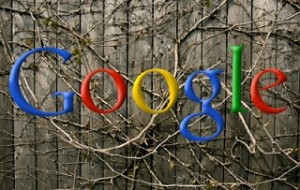 Google recently on 7th June applied for the trademark 'Photovine' and possibly acquired the domain name 'Photovine.com' by 14th June says reports from the site Fusible. Google has been making efforts to make its presence strong in social media world and seems that this time it wants to hit the photo-sharing service world.

According to the trademark application filing, the service intends to provide "transmissions of visual images and data by telecommunication and wireless communication networks, Internet, information services networks and data networks". It also says that the service is related with 'social networking' and 'Non-downloadable computer software'.

The purpose of Photovine is self-explanatory from the above information itself. With this service, it seems that Google will launch a social photo sharing service in short time. The use of Google's own Cloud storage service integrating with Photovine can also be expected. Already Google has Picasa which is a photo editing and sharing application as well. So, Photovine surely means to provide some new functionality beyond Picasa Web. May be Google try to use it in the mobile services. For now, we can just speculate about the possible services.

Recently, Google introduced the Search by Image facility. Using the Photovine photo share service, users could possibly tag and share the photos. This may later help in the search by image feature. The search results then may also show results which were visited earlier by those tagged people (or possibly +1ed by them).

The photo sharing service space is already crowded with many players in the market. Google is already facing direct and a tough competition with top players being Facebook and Apple (with iCloud Photo Stream Service). Rumors say that Facebook is developing its own photo-sharing service. Let us hope that Google comes with something interesting.